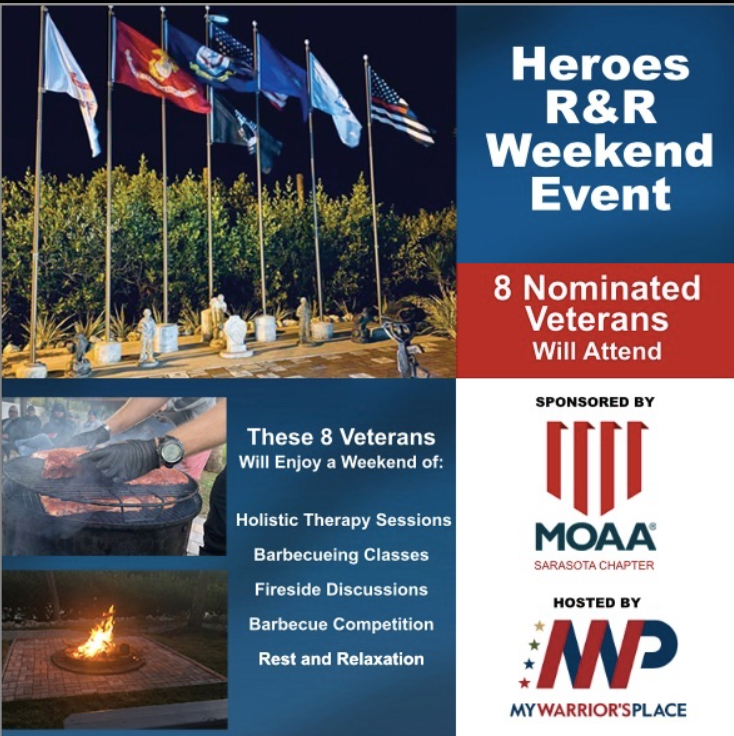 In 2020, the Military Officer’s Association of Sarasota (MOAS) began a relationship with My Warrior's Place, located in Ruskin FL, which seeks to provide a safe refuge and bring about healing and hope to all veterans, military service members who have returned from the battlefield and military families (Gold, Blue and Silver Start) whose lives have been touched and forever changed due to a tragic event.
In 2021, MOAS applied for and was awarded a Community Outreach Grant from the MOAA Foundation, Military Officers Association of America (MOAA), to fund an all-inclusive weekend retreat for eight military veterans from the Sarasota area. The eight veterans attending this weekend retreat were selected by a MOAS selection committee from a group of individuals nominated by other veterans, veteran’s families, friends, and co-workers. The weekend retreat, titled “Heroes R&R” will consist of group sessions emphasizing a holistic approach, and conducted by professional therapists who are themselves veterans, focusing on physical, emotional, social, spiritual, and family well-being.
Complementing these sessions will be evening campfires to create an atmosphere of comradeship and support, and half-day barbecuing classes from competitive grilling chefs, ultimately capped off by a barbeque competition between the attending veterans.
#MOAAserves, #MOAA, #MyWarriorsPlace, #MOAS, #MOAAspouse

Photos of the March 2022 Luncheon Our Schedule - Read The Sarasota Breeze 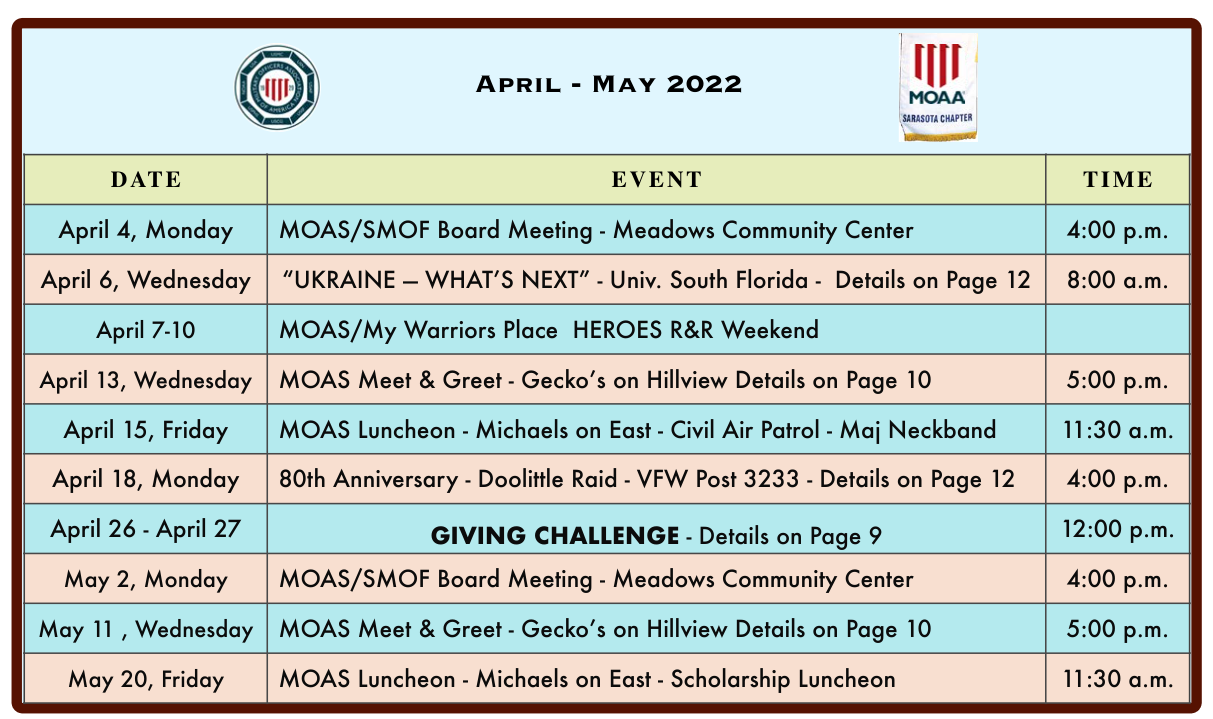 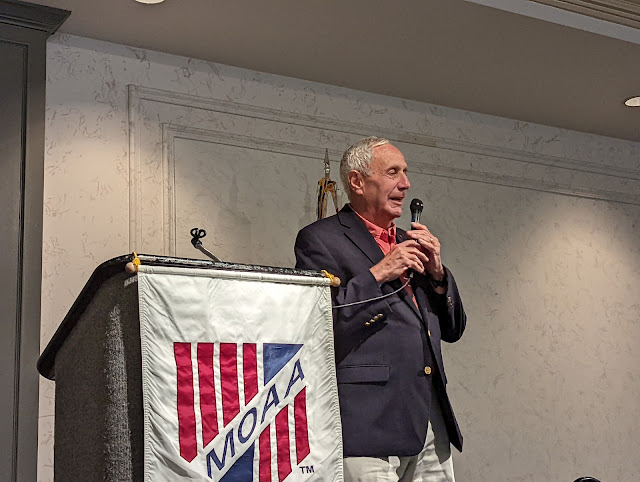 Outstanding Presentation by Marine Major General Drew Davis about the World War II Foundation to Sarasota MOAA on March 18, 2022. He told us about the Foundation and how it focused on story telling about individuals in World War II.

"The mission of the foundation is to raise awareness and appreciation, through film, of the many sacrifices made by American men and women in securing our basic freedoms. Their goal is to instill the lessons the war make them accessible, relatable, and impactful at no cost to students, educators, veterans, or the public."

"At home and in uniform, mothers, wives, and daughters nursed the sick, manned the factories, and flew planes out to both coasts for shipment overseas. Titans of industry, seemingly overnight, retooled factories to feed the insatiable demands of warfare. America’s schoolchildren walked miles to collect tin foil and newspapers in wagons, and in the year 1945 alone, raised a staggering $715 million in war bonds."

"Every American who remembers World War II has stories to tell, and they tell them in tones that still ring with pride and patriotism. Veterans give voice to their comrades who perished in battle, making the ultimate sacrifice. Those who are long gone entrusted their stories to children and grandchildren who repeat them through generations, making the memory indelible. As a body, the stories define a nation wholly dedicated to one common goal: halting evil in its tracks. We tell these stories today to honor and preserve the past, and as importantly, to inspire the future. In a nation that has never felt so fractured and divided, the example of the greatest collaborative effort in the history of the world has valuable insights to impart. "

The films are narrated by well know actors and media leaders, including Tom Brokaw, Dan Rather, Dan Aykroyd, Gary Sinise, and Tom Selleck.
The videos are provided to public television for broadcast. You can also view them at the Foundation Youtube Channel.
https://www.youtube.com/channel/UCmp-RwrrRVbU0mj_KWYJt_Q
Learn more about the Foundation at:

Videos are a great way to record memories.  The videos my father and I made about his World II unit at: 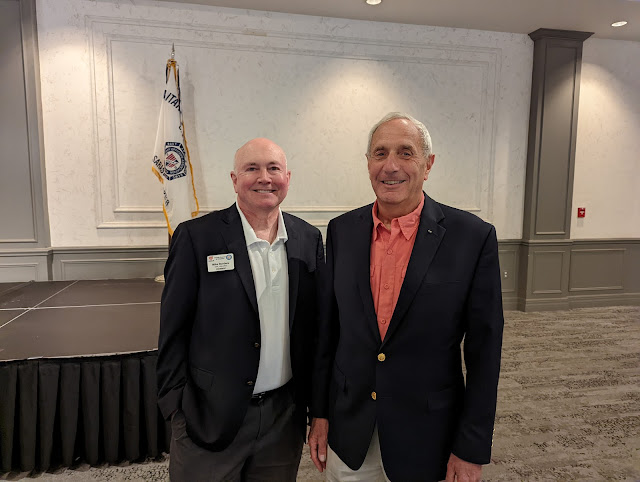 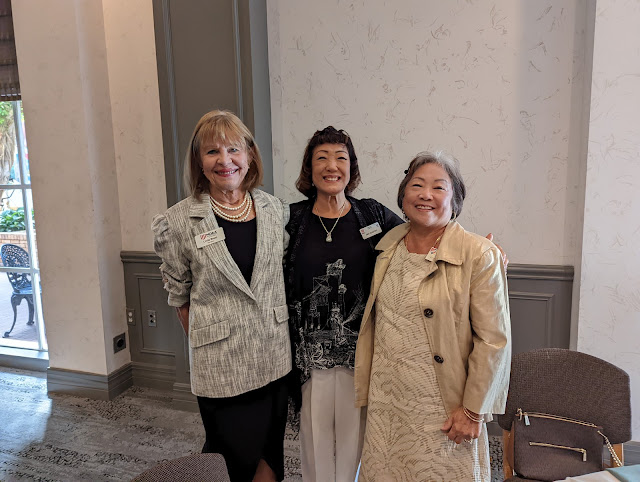 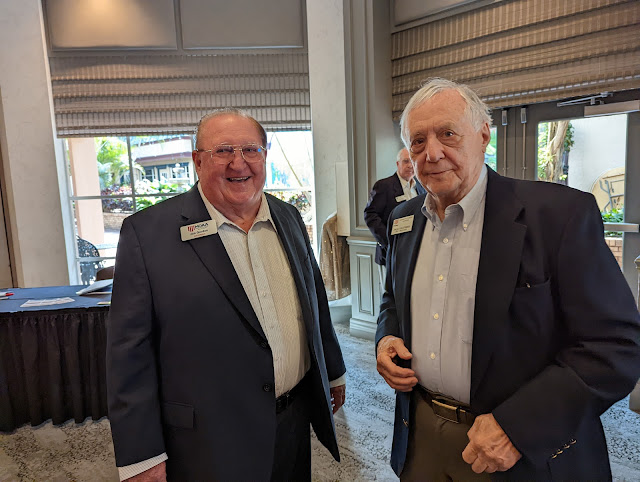 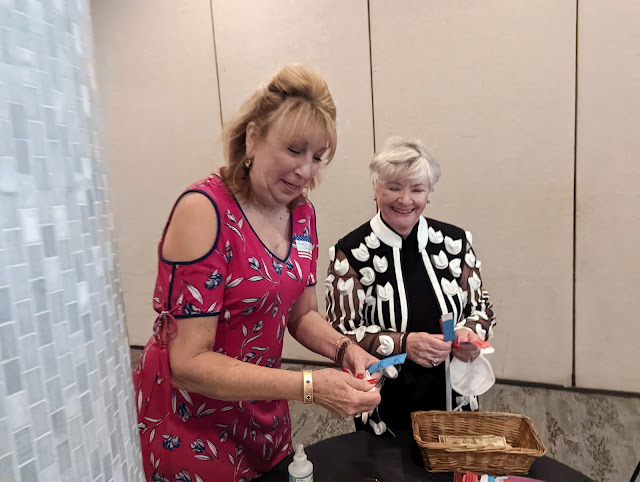 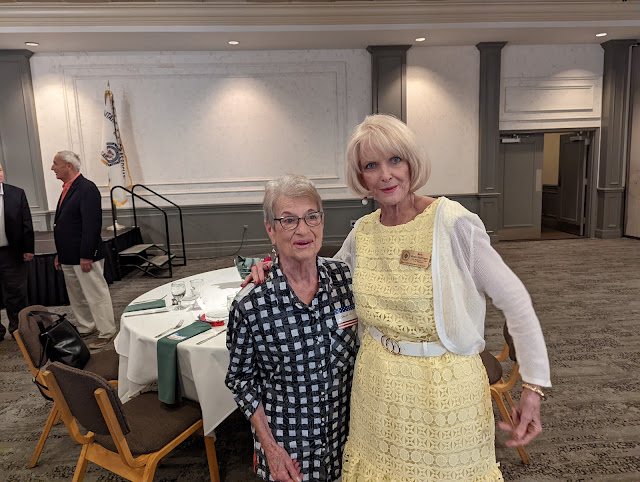 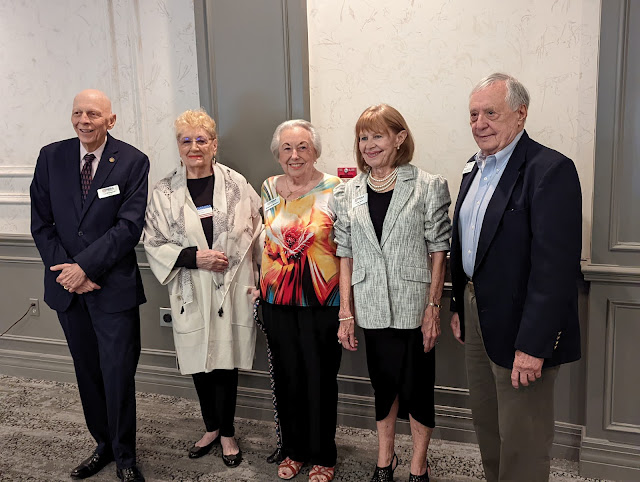 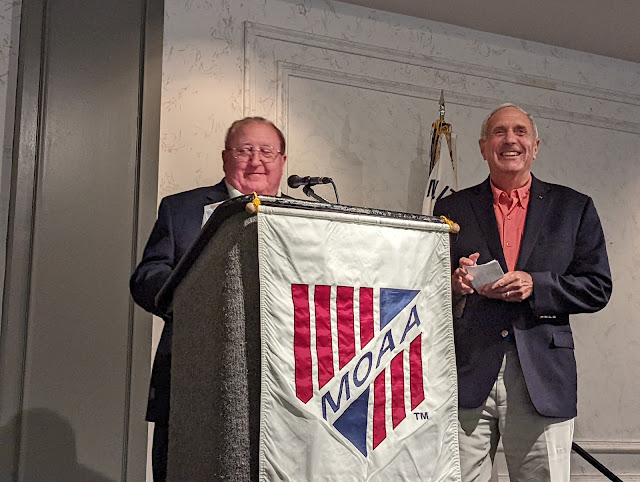 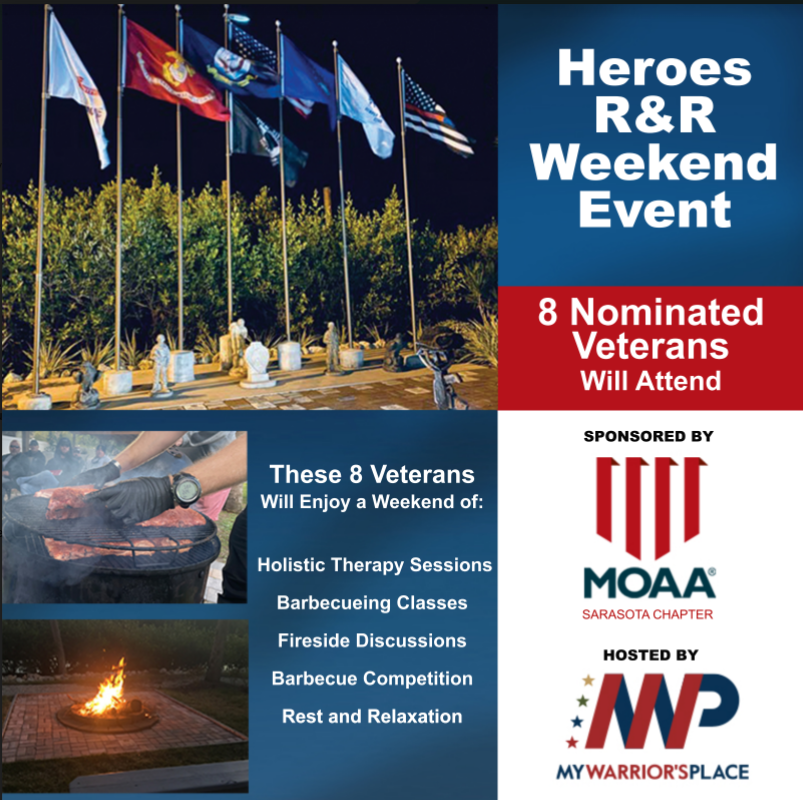 This is a good link to get out to MOAS and others.

I just ordered ours and delivery is via USPS.

Every home in the U.S. is eligible to order 2 sets of 4 free at-⁠home tests.