Happy Thanksgiving - Please keep Linda and Woz in Your Prayers 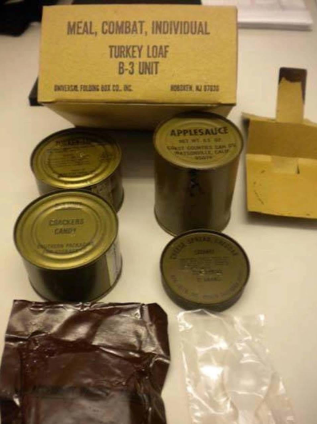 Our turkey dinner in Vietnam!

Add a heat tab.... and a veritable feast.  Yummie!

Delicious and nutritious. It was better with hot
sauce.
Some guys liked Nước chấm sauce with it.
Nước chấm is a Vietnamese dipping sauce -
an acquired taste.
Happy Thanksgiving.

The Most Unpopular C-Ration, Called Ham and and Obscenity by the Troops 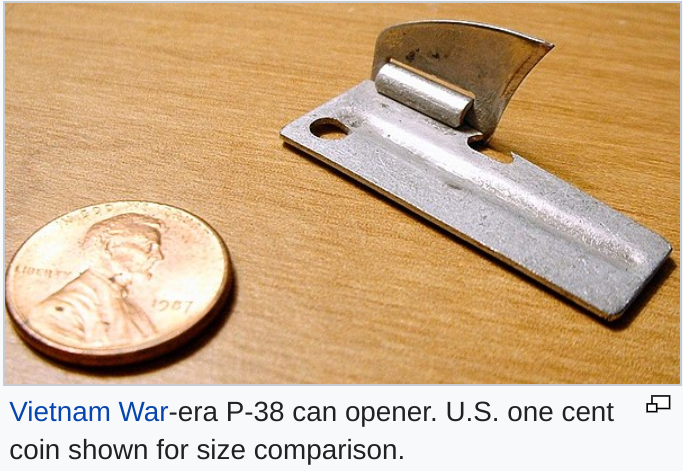 A friend asked if we were issued can openers for our C-Rations. We were!

Official military designations for the P-38 include

We were issued a P-38 can opener, commonly called a "John Wayne".  Many of us wore the opener around our necks with our dog tags. They were small and handy and many of us still have them.

The P-38, developed in 1942,[1] is a small can opener that was issued in the canned field rations of the United States Armed Forces from World War II to the 1980s. Originally designed for and distributed in the K-ration, it was later included in the C-ration. As of 2020, it is still in production and sold on a worldwide market.[2] 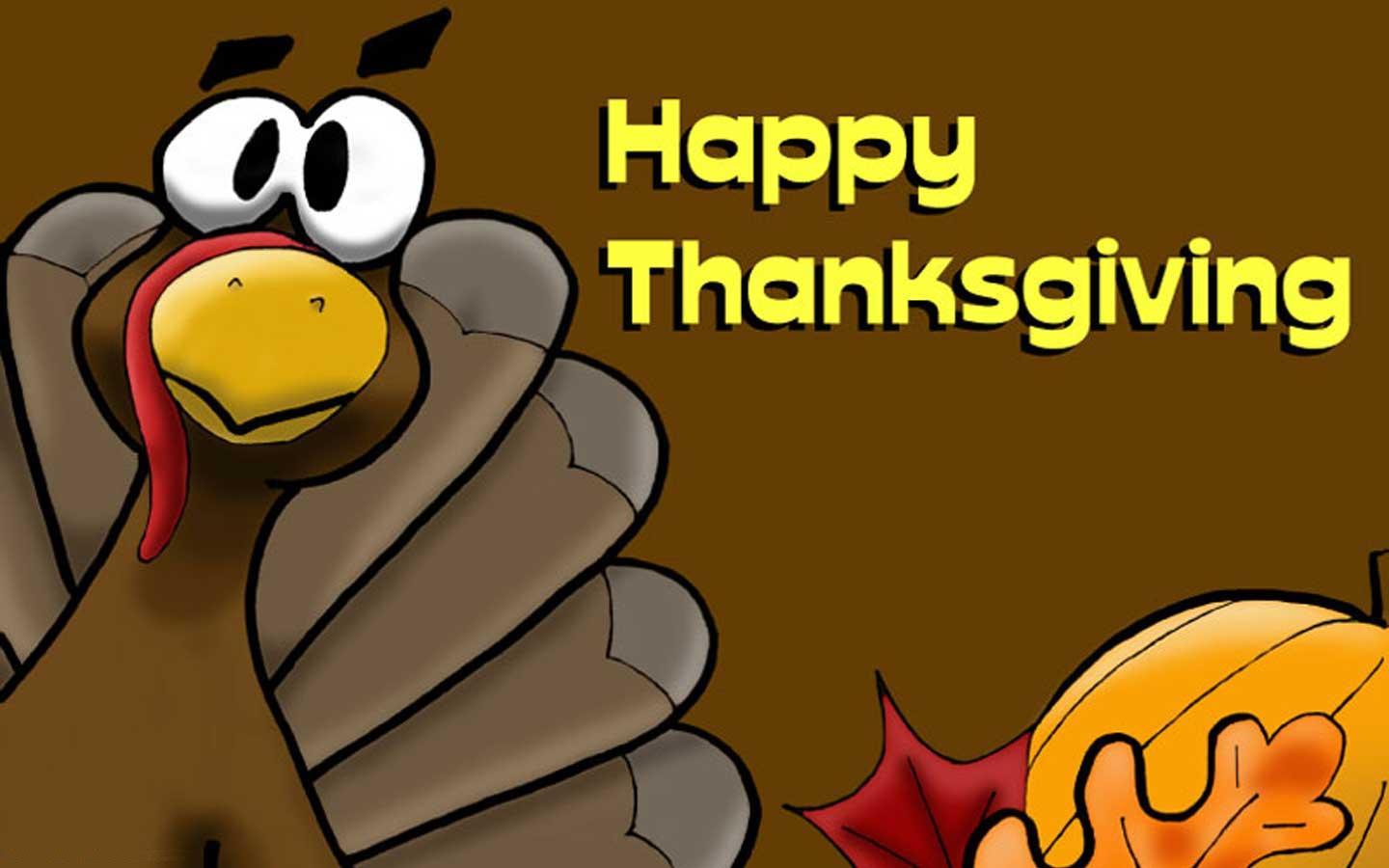 Thanks to Taffy Cannon MPHS 66 for sharing the video below from WKRP Cinncinati video on Thanksgiving.  No turkeys were harmed in this video.

WKRP "As God as my witness, I thought turkeys could fly ...

▶ 4:50
https://www.youtube.com/watch?v=lf3mgmEdfwg
Nov 24, 2011 - Uploaded by Epic Houston
WKRP "As God as my witness, I thought turkeys could fly"Thanksgiving.

▶
www.imdb.com/video/hulu/vi254935065/
Watch the latest WKRP in Cincinnati Full Episode (Turkeys Away) on IMDb.